A Busy Couple of Weeks 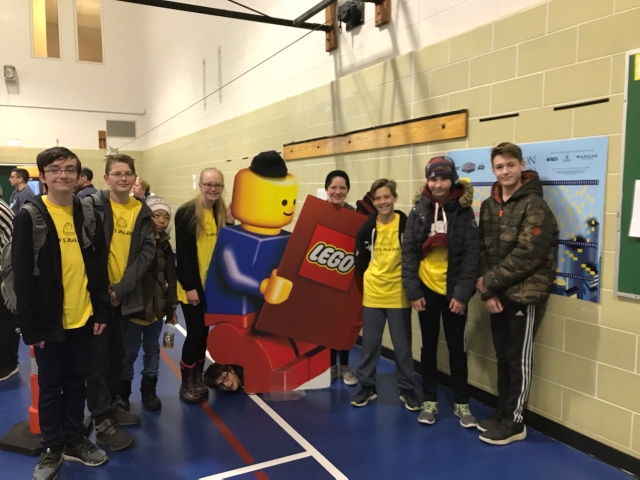 Over the past two weeks students from Grade 7/8 class have been part of two large events. We are blessed to have coaches from the KCS community but I still get to be part of the day and it always great to see the students interacting outside of a classroom setting. 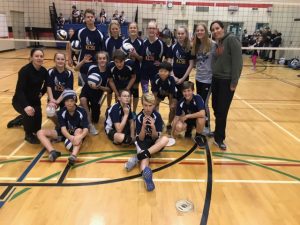 On November 15, KCS entered two teams into a volleyball tournament in Trenton, Ontario. The competition was mix of private and Christian schools in two different divisions. Both KCS teams played in the 2 vs. 3 matchup after pool play and lost in the quarter finals.

The very next day nine students became “Bob’s Builders” which was the name of the lego robotics team. KCS sent a team to compete in the Kingston Regional Expo First Lego League tournament held at Ducan McArthur Hall in Kingston, Ontario. Last year was the first year in a while that KCS sent a team and we were building in small ways off of that.

The day is composed of four main judged presentations. The theme of this year’s event is City Shaper and one of the presentations was about a need that the group identified for Kingston and how to fix that need. Another presentation was a display of the robot and programming to solve missions on the lego table. The group also had three 2 1/2 minute competitions at the lego table where they were trying to achieve the most points possible by successfully completing missions. Finally, a big emphasis on the day is what First Lego League terms “Gracious Professionalism” and this comes through in the Core Values presentation. It was this award that Bob’s Builders won which is a huge achievement! 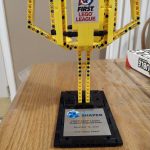 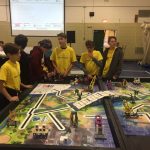 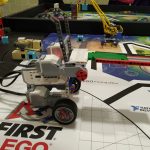